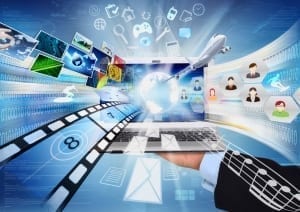 In the late 2000s, posting to social media with third-party tools negatively affected reach and engagement with some channels. Though that changed years ago, some people still believe that certain social media marketing metrics are affected by using third-party software to post and manage social media profiles. Today, however, the opposite is true, with social media companies embracing creators of third-party social media tools as partners.

Today, third-party social media tools help businesses more efficiently accomplish social media tasks, along with providing analytical data that is important to running successful social campaigns. Furthermore, there is no penalty for using these tools, which often increases reach and engagement because the business can produce more effective campaigns.

Reach and engagement are two highly important measures in social media marketing. Negative effects to either can be detrimental. It’s important, therefore, to understand how they may be affected by different actions.

Social reach is the number of people who see a social media post. This refers to unique views only, not repeat views by the same person on the same device.

Posts can have organic reach, or sponsored reach in the form of an ad.

Social engagement refers to anything that someone does to react to or engage with a post.

Years ago, during the infancy of social media, third-party tools had a negative effect on reach and engagement in some circumstances. As a result, users were wary of the tools. Facebook was especially known to penalize users up to around 2011 for posting using third-party software, instead of posting from the Facebook website or mobile app.

But, changes made to social media platforms, specifically around 2011, eliminated the negative effect entirely. Facebook released a statement speaking directly about their changes, in which was mentioned that the algorithm was updated to focus more on the signs of high-quality content, rather than singling out content that was posted by third-party services.

And if you think about it for a moment, this makes perfect sense.

Furthermore, as a result of integration, social media companies increase their sales and profits. And even more, if they did not have APIs to allow integration, they would soon become obsolete and go bankrupt.

So, why after spending all that money, would a social media company penalize third-party software companies for integrating with their service?  They wouldn’t – it would put them out of business.

Despite Facebook’s public notice of the changes to their algorithm, many social media marketing companies undertook their own research to see if there were negative effects from using third-party services to post and manage social media engagement.

All the research led to the same overall conclusion, confirming that social media reach and engagement are not negatively affected today by using third-party software.

Here is the research from three companies.

Tests of more than 200 Facebook posts showed no significant differences between manual posts and posts made by third-party services. Reach was similar in all cases. Details of Buffer’s test are available on their blog.

In a much more extensive test performed on more social media networks, Agorapulse concluded that third-party apps do not have a negative impact on post reach, and may actually improve post reach in some cases. More on that study can be found here.

CoSchedule’s tests on Facebook led them to state that there is no penalty for using a third-party service to post. Read their complete test for yourself here.

Based on the statements from Facebook in 2011 and research by multiple well-known companies, today users are not penalized for posting and managing engagement with third-party social media tools.

More efficient posting and management of social media engagement through third-party tools like SMclicks is better for everyone, including the social media companies.

Third-party tools benefit users by saving them time. And, because they are more efficient and can do a better job by using third-party software, engagement often increases.

To experience enterprise-class social media management software, and see how it saves time while increasing engagement, start a 30-day free trial and request an online demo.

Subscribe to our newsletter for the information you need to generate leads and develop new business, while increasing customer loyalty.