How will Zuckerberg’s Plan to Fix Facebook Impact Brands? 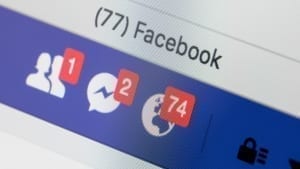 Mark Zuckerberg, CEO of Facebook, announced large-scale changes to the way content appears on users’ news feed. These changes are set to have a substantial impact on brand business pages and the content they produce.

Zuckerberg’s statement on January 12th covered a few important points about new changes happening to the news feed. He made the statement via Facebook, expressing concerns that Facebook was not fulfilling its main purpose well enough. He stated that:

The newest element of this statement is the focus on posts with high interaction. Although some of the other changes are in line with Facebook’s history, the emphasis on public and personal posts with more interaction is likely to shake up how the social media network is used.

Outside Criticism May Have Influenced New Changes

The desire to redirect Facebook to spur more interactivity and personal connections comes after the company conducted months of research with outside academic organizations to see what effects the site has on people who use it. Facebook was accused of not taking enough responsibility for what was being shown to users on the platform.

The most notable accusations came after the 2016 election when concerns over the proliferation of fake news were brought up to Zuckerberg. While he initially denied that Facebook could have had a large impact on the election, he backtracked and admitted to being too hasty about his denial. In another statement, Zuckerberg talked about his intentions to try and limit the negative usage of Facebook and promote positive uses instead.

Potential Impact on People and Businesses

Individual users are unlikely to notice the changes in their news feed as much as businesses, other than they will see fewer posts from business pages they have liked or followed, and they may not see as many ads in their feed.

Though we are just starting to get an idea of how Facebook’s changes will impact businesses, there will fewer brand posts displayed on the news feed of regular Facebook users. Posts from brands will be seen less often, and personal posts will dominate the news feed, while paid advertisements may be displayed differently. Brand posts with low engagement are unlikely to be widely seen.

Though the cost of advertising may increase, paid advertisements might become a more popular strategy for some businesses on Facebook, as they are slated to remain in people’s news feeds. Facebook has not announced any intentions to limit advertisements in the news feed, although there are strict guidelines already placed on paid ads.

It should be noted that Facebook’s changes to the news feed are not as extreme as some of the recent experiments that were performed in 2017 regarding a separate Explore Feed.

Overall, business pages will be encouraged in the long-run to create more engaging content, focus on relevant and useful content, and post more video content, especially live video. As Facebook tries to repair its reputation, brands will need to adjust to stay relevant and visible in 2018’s updated news feed.

Subscribe to our newsletter for the information you need to generate leads and develop new business, while increasing customer loyalty.